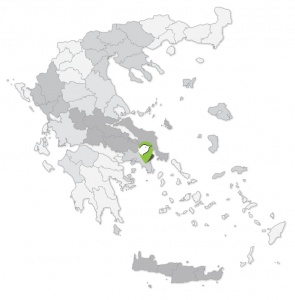 Whether you have a few hours at your disposal, an entire day or even a few days, birding tours around Athens can provide you with a first impression of the variety of birds that one would encounter in Greece. Indeed, depending on the season, these tours could prove particularly productive, as the habitats of Attica at times conceal great surprises and promise unforgettable moments in the field.

The prefecture of Attica and Athens, the populous capital of the country, could perhaps deter a birdwatcher or bird photographer from visiting. But the truth is quite the opposite. Many birdwatchers and bird photographers regard Attica amongst their top choices, for many convincing reasons.

More than half species of the country’s official bird catalog have been recorded in the area. Attica’s geographical position, its rich terrain, and its excellent Mediterranean climate, render it as the perfect destination for a variety of birds.

Low mountains, forests, thickets, rural landscapes, lagoons, marshes, ponds, beaches, and several seasonal streams, provide many species with the opportunity to not only use the region as a post in their annual movements, but also to take advantage of the location for their yearly circle of life as a place of reproduction or even permanent stay.

Lycabettus, Zappeion, Acropolis and the hill Strefi are literal oases in the center of Athens. Parnitha, Hymettus, and Pendeli are the three most important mountains of the area, quite close to the city center. Rural areas, with vineyards and olive groves, are scattered in the county, mainly around the eastern part. Wetlands like Schinias National Park, Vravrona, Oropos, Vourkari, and the Faliron Delta, are situated just a few minutes to an hour away from the city. The same applies for the beaches as well!

Apart from the birds, Attica (and especially Athens), is beautifully vibrant, it has renowned attractions, endless fun, delicious Mediterranean cuisine, and a splendid sea that embraces it all around. It is worth visiting even for a few hours or days, just for the acquaintance and -of course- birdwatching and photographing!