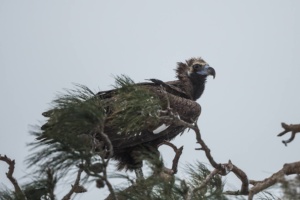 Nikos L. and John M. had a preference to photograph birds of prey, and this is why we organized a trip at Evros during the end of winter season. The Evros Delta and the forest of Dadia certainly are some of the best places in Europe to spot and photograph these amazing creatures.

We started our excursion from Athens with Nikos and reached the airport of Thessaloniki where we would pick up John, who arrived directly from Germany. After a few hours driving with are 4X4 SUV we reached the beautiful lodge at Dadia. On the road we already spotted 2 Black Kites and a Red Kite, flying across the national road! A small walk around the lodge was exactly what the group needed to get directly into business and get the feeling of the scenery. Good food and rest were prerequisite as next day would be a full birding day!

We woke up very early and drove towards the Evros Delta, that very cold morning. We entered the delta from Feres where we spotted the first 3 species of birds of prey the exact moment we reached the embankment: a Marsh Harrier flew in a short distance, a Buzzard posing for portrait photography and a Merlin perching on the ground as they often do. The first Greater Spotted Eagle made his appearance a few moments later on the same embankment which was very muddy due to the floods and the need for a 4×4 vehicle more than mandatory. 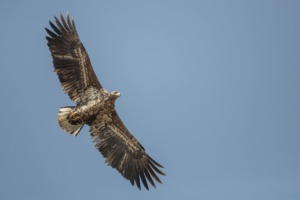 Mallards, Teals, Great Egrets, Grey Herons, Pygmy Cormorants, many Marsh Harriers and Buzzards accompanied our group for some time. A bit later, after taking a corner we spotted a big raptor perching on a tree; a first winter White-tailed Eagle! The bird was very calm and cooperative and thus after making a couple of pictures you could see a big smile on our faces while checking the outcome on the camera’s monitor. With the group being very excited we moved towards the lagoon of Drana. There we made many pictures of Mute Swans, herons, ducks, White-fronted Geese, Curlews, Redshanks and Greenshanks. Big flocks of Starlings, Corn Buntings and Goldfinches were also in the “menu”. Also John was lucky enough to get a record shot of an immature Imperial Eagle.

At the end of the day we decided to photograph the amazing sunset, with flocks of birds that were flying in front of it. We returned to the lodge for food and rest.

Next morning the scenery was impressive; temperature under zero, and beautiful dawn at a place covered with fog. After getting some landscape photos we moved towards the reeds for targets such as Reed Bunting, Penduline Tit, Bearded Reedling and Bittern. We stopped at a patch near the center of the area. 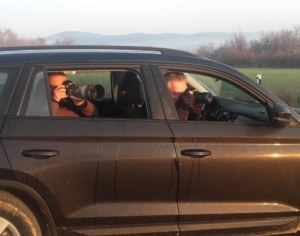 Reed Buntings were very friendly with us and hence we spend a lot of time photographing them. Two Penduline Tits were also present in a very close distance. However there was no sign of the Bittern or the Bearded Reedling. We moved a bit further where we found Blue Tits, Cetti’s Warblers, a Wild Cat and 2 Jackals! A few minutes later we heard the very characteristic voice of the Bearded Reedlings. After being patient for approximately 10 minutes, we were lucky enough to get pictures from this stunning species. Although we did not manage to see the Bittern, the group was happy with the outcome so far.

In the noon, despite the strong light, due to some clouds we managed to get good pictures of a group of Greater Flamingos’ we spotted at Paloukia lagoon. Same for different species of ducks, a mature Great Spotted Eagle, a male Hen Harrier, a Kestrel and a Peregrine.

John’s desire for a traditional Greek fish tavern drove us to Alexandroupoli which is famous for this kind of kitchen! A small stop at the port of the town gave us some interesting photos of a Crested Grebe fishing.

Next day our target was more specific; Birdphotography from the hide of Dadia for 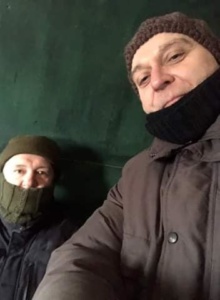 raptors. Birding in Greece organizes all the required documentation and approvals to enter the hide and our two friends entered very early in the morning the small hide near the feeder.

The weather was not good, since it was very cold, windy and snowy. However the two photographers were patient enough and thus their goal was achieved. They managed a couple of high quality shots of the White-tailed Eagle and the Cinereous Vulture, even in flight! They also made pictures of the always difficult to photo Ravens. Very tired but happy they returned to the lodge in the afternoon.

The weather still was not on our side and John’s flight to Germany did not give us many choices for birding. 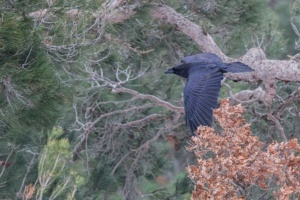 However the area is full of surprises and hence the small hide in the village of Dadia for songbirds seemed to be the ideal solution. Photos from Chaffinches, Bramblings, Robins, Great and Blue Tits, Dunnocks, Blackbirds and Wrens are always nice to have! Time flew fast and thus we had to start our journey back to the airport of the Thessaloniki. During our drive the two friends were continuously talking about the pictures they made and started planning their next tour!

During our 5 days tour at Evros, we spotted numerous species of birds (13 species of raptors). The list was big but some of the most important which were also well photographed included:

Many thanks to Nikos L.  for the photos